Most football teams go away for a holiday together or go out for a big night on the town together to celebrate end of season or christmas but this team came up with a very good way to celebrate. A naked rugby match! And don’t we appreciate their efforts. It’s nice to see they weren’t shy about full contact sport just because they were nude!

“B” here took this photo in the Castro in San Francisco on a cold and rainy day from what he’s told me. There was a display of nudie jeans which seems like a perfect place for a public nudity photo to me! Love it.

This morning’s post apologising for my absence yesterday was accidentally deleted. SO, sorry for going missing in action yesterday but it was a strange and long day.

Here is JT who was kind enough to get naked in the snow for us all!

OK, so I posted two videos today which seemed to throw the whole blog outta whack and when I deleted them I accidentally deleted the winter challenge post for today.

I’ll try and fix all this up tonight when I get home. 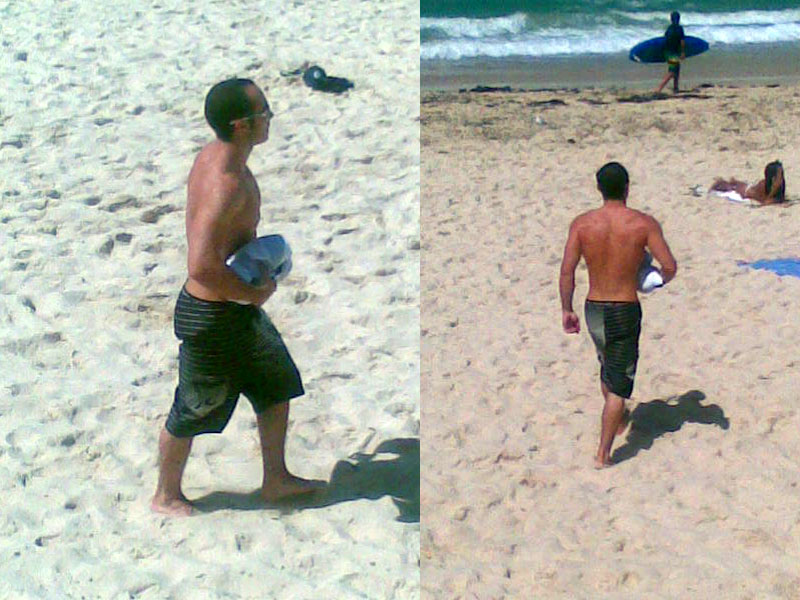 This morning I dropped a friend who is staying with me at Bondi beach to catch up with one of his friends and I took the opportunity to wander around and people (man) watch, a favourite past time. I’m not a huge fan of Bondi, it’s a beautiful beach but the 1km long promenade is seen as a bit of a catwalk by a lot of people wanting to pose, even though a lot of them shouldn’t. There were several however that could, should and thankfully did.

These photos that I hastily snapped on my phone, do not do this guy justice at all. A bit of a pocket rocket at around 5’7″ he was total lean beef. At around 5% body fat, I’m guessing he had about a 28 inch waist and shoulders as wide as he was tall. Oh to have had my real camera with a long lens on it.

I found this video and thought not only was it a bit hot, it’s very sweet. It’s full of gay kisses through the years from Hollywood. That Westborough baptist bunch o’ freaks is going to be busy picketing some big names for everyone playing gay. In this video we’ve got Tom Selleck, Kevin Kline, Antonio Sabato Jr, Christopher Reeve, Jake & Heath, Brendan Fraser, Hugh Grant, and a stack of others.

A friend of mine from the gym and I were discussing the antics and lengths some guys will go to so that other guys don’t see their cock in the changeroom at the gym. It’s hilarious to watch the contortion and gymnastics guys will do to pull underwear on and off under a towel.

My friend however loves the guys that will drop their towel to pull their underwear on but turn away from everyone as soon as they are uncovered. My mate up until his newish boyfriend has been very much a top and is a real butt lover so basically these shy boys are offering up on a platter exactly what he wants to see.

I  hear talk of a mythical time in yesteryear when men gathered for swimming classes in times before lycra and nylon girded their loins in a futile attempt at modesty and all were free to swing in the breeze and float in the pool as nature intended.

I might have been more keen to do all those millions of laps in the pool at swimming training through school if all the other guys had been nude. I think it’s a fantastic idea and surely, it’s added resistance training? Especially for the bigger boys.

Leighton Stultz is one very hot man. I’d seen photos of him around a while back and then even saw a full frontal somewhere but thanks to Bentblog I am now fully aware that he’s done a shoot for Playgirl which I think we should all give thanks for.

I thought it was important that for the first nude on the new version of Aussielicious be not only pretty but pretty nicely endowed too!
I’m still learning but you can click on this to see it larger, I tried it to check. 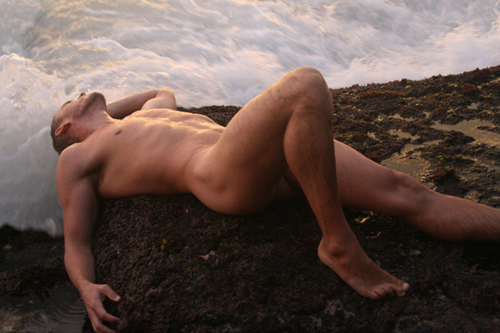 Welcome to Aussielicious.com.au! It’s Australia Day here down under. It is 220 years ago today that the first fleet of Australian settlers, largely convicted criminals no matter how petty, landed on Australian soil.

Who would have known that a couple of hundred years later, we’d have treated the natives horrendously, and still do, and become one of the premier tourist destinations in the world.

Australia Day for most Aussies isn’t about recognising our history, but a day to play cricket (backyard, street or beach) drink a fair amount of alcohol, sing tragically and get a bit sunburnt. The Australian of the year was announced last night and was Lee Kernigan. He’s an Australian country singer that most Australians would be hard pressed to name one of his songs. Go figure. We have world leaders in medicine, science, environment and all sorts of other fields and we go and recognise some guy most of us don’t know.

Welcome to Aussielicious.com.au. It’s going to follow on from where the blogger version left off, with lots of nude men, hopefully some interviews, healthy debates and a lot of sarcasm and fun.