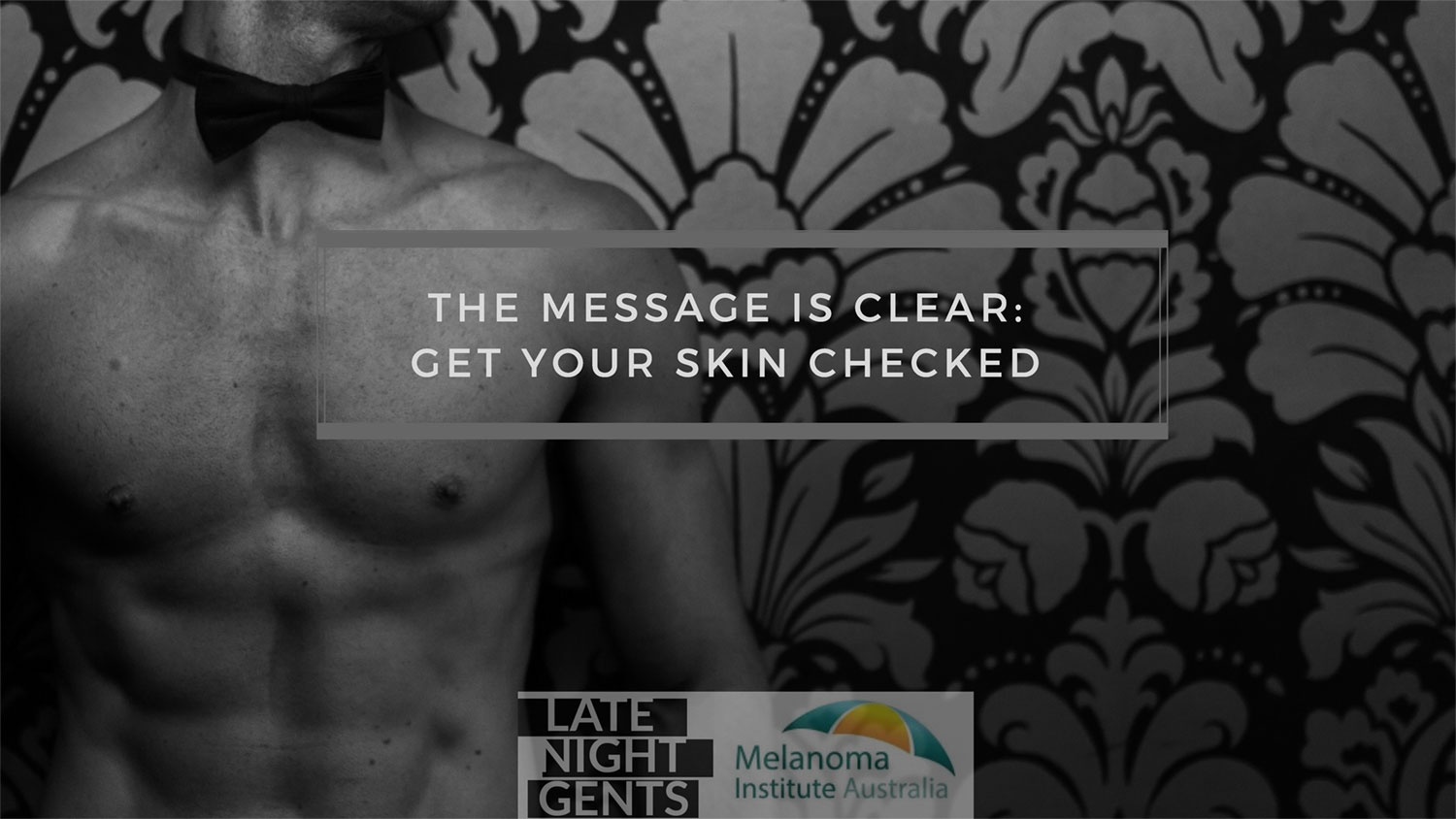 Aussie stripper Aaron, who I was lucky enough to photograph a couple of months ago, is embarking on an adventure with a message.

After nearly losing a friend to skin cancer, Aaron has become a fierce campaigner for skin checks and fighting skin cancer, which more than 14,000 Australians will be diagnosed with this year. How is he spreading this message? He’s getting his clothes off. For the next few months Aaron is driving around Australia in a camper van and stripping at hen’s nights. This isn’t a new thing for him as he’s been topless waitering and stripping in New Zealand for a while now and has his own company called Late Night Gents. So even if you can’t get to one of Aaron’s shows, you can follow the adventures on Instagram.

Every single dollar earned on this trip will be donated to the Melanoma Institute Australia which is doing some fantastic work but like all research organisations needs more money. So head on over to the Late Night Gents website and see if Aaron is coming to your part of Australia, get your friends together and have a good laugh, see some flesh and do some good!