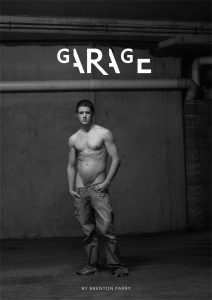 It’s Sunday afternoon here in Sydney and that means it’s time to release another download. This week I’m way back in the archives for another mini download of Kieran. It was his second shoot with me and once again we were in the middle of the night in a cold and unwelcoming environment.

Kieran seems to have deleted his Instagram account which is a shame so I can’t send you all there to look at him some more but I will forever be grateful to people like Kieran who took a chance on an inexperienced photographer who wanted them to do stupid things like get naked in a parking garage.

Last week I caught up with Brad who I credit with setting the tone for my Shrouded exhibition and a lot of my work since. November next year will be ten years since I took the image of Brad with his head wrapped and we’d lost touch but now he lives literally around the corner. We are trying to work out a way to do something for the tenth anniversary of the shoot, paying homage to it but not just recreating it. It’s exciting.

These images are grainy because of the lack of light and I think it really adds to the mood. If you want to buy Garage or any of the downloads, click here.