Saturday morning saw a return to getting up early for a photo shoot. One of the guys who was kind enough to serve drinks at my exhibition opening had been talking to me about doing a shoot together for a while. When I got out of bed at 6.30 it was really cloudy and I thought it was all for nothing but the sun broke it’s way through and we had a good shoot. I’m experimenting with some images using face paint trying to invoke a tribal sort of look. This was the first try so I know there is room for improvement.

Shane, the model, was very easy to work with and relaxed even though he’d never done a nude shoot before. He was wandering around the rocks and the sand at the nude beach as if it was the most natural thing in the world. Of course, I think it is. I’m not sure where this series of tribal inspired images will lead me but I’ve got some ideas about shots and styles that I want to try. It’s fun to be shooting again. Shane really wants to break into modelling but his 5’9″ height is proving a stumbling blog. I’ll happily shoot with him. He’s eager and willing to try outlandish concepts! 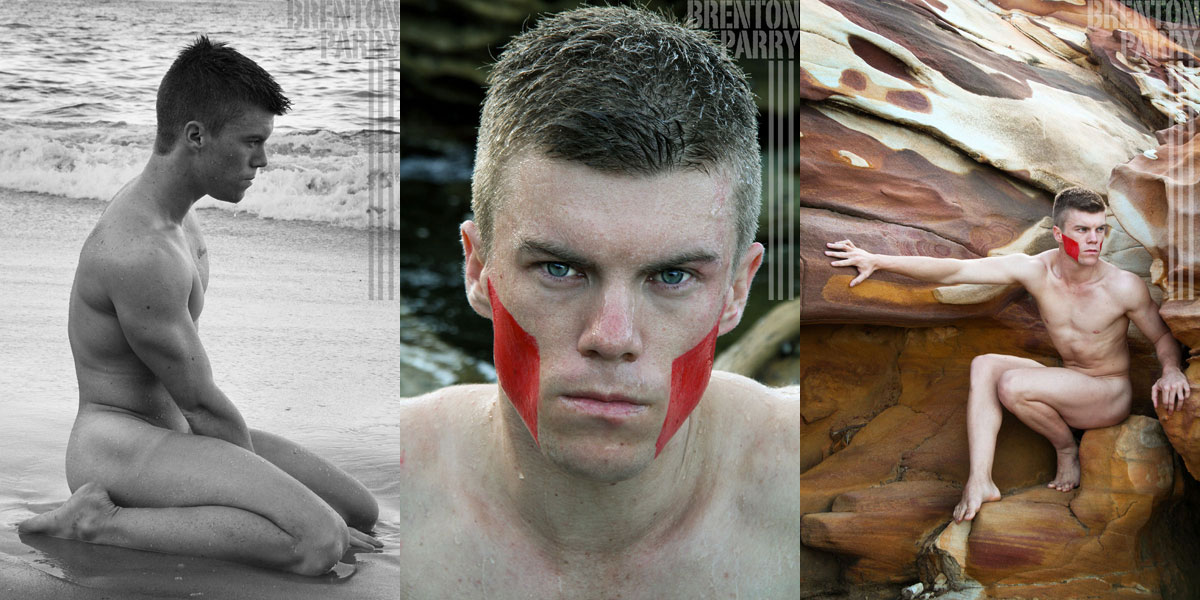