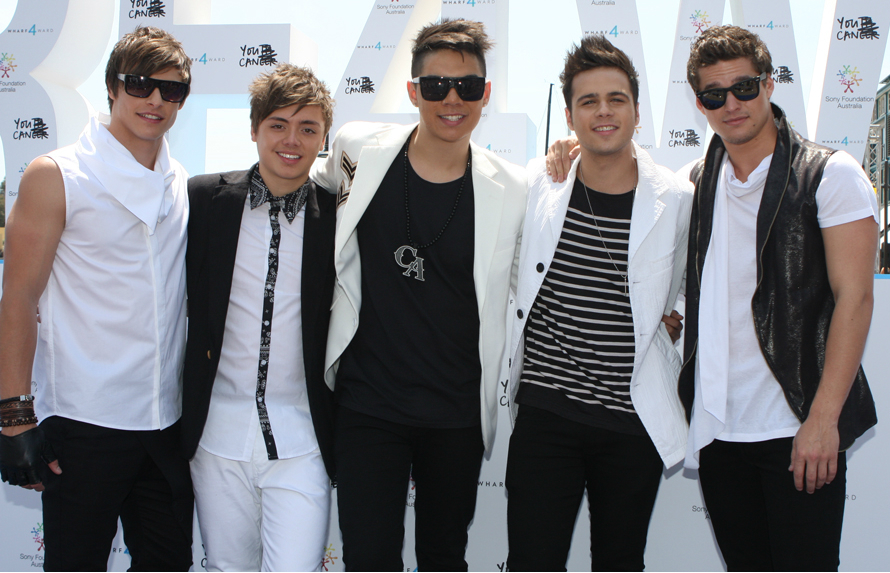 Australia’s version of The XFactor will finish up tomorrow night with one of the three remaining finalists crowned the winner. Finally. Yes, I’m a reality tv tragic at times, but not uber trash like Honey Boo Boo which I think is a sign the world is truly going to hell. If people like that are classed as entertainment, then bring on Armageddon I say.

One of the three acts vying for the title tomorrow is The Collective, pictured above. All the guys auditioned separately but were put together by the producers, just like One Direction were and now their female counterparts, also from Britain’s XFactor, Little Mix. The boys have been absolutely fantastic from day one. One of my friends is actually living with them and acting as their chaperone while the show is on. Will he divulge any information? No. Apparently the Channel 7 legal team have more power than I do. Of course every0ne is playing the typical boy-band games. I’ve already picked the one I think will do a Robbie Williams and party too hard and get booted out (Zak, far right) the one I think is gay (Julian, second from the right) the one I WANT to be gay (Trent, far left) and the other two.

Sure, they are purely commercial pop but that is exactly what boy bands are for. Eye candy and catchy songs and teenage girl fantasies. I’m sure their performances have induced early puberty in a few girls.