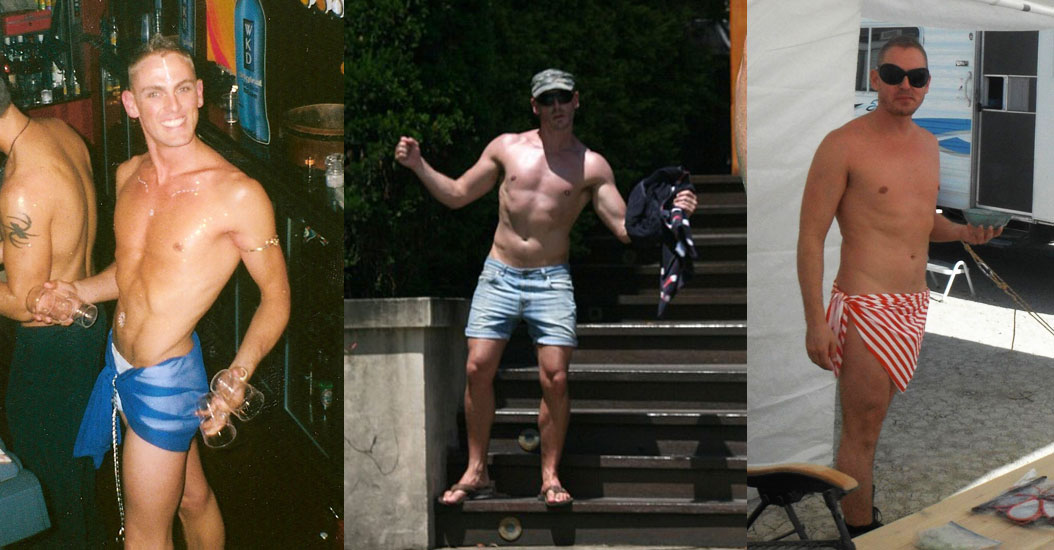 I think it would be fair to say that I have a bit of body dysmorphia. In fact I would think a lot of the gay community do, in various forms. I know lots of guys that think they have amazing bodies when they don’t but the vast majority of guys think they are fat or need to do more when compared to the wider community, they have nothing to worry about. My training partner and I were talking this morning at the gym about how we feel fat and just a bit blah. The 6 months I had off from the gym were the lowest I’ve ever felt about my health and physical being. Neither of us is fat, but we are carrying more weight and are less toned than we’d like to be. I was out of shape before I hurt myself and I know it was a contributing factor to the injury. In the 4 weeks I’ve been back at the gym, my mental state and general feeling of wellbeing has improved immensely. I still have a lot of work to do before I’m happy but I’m working on it.

I was chatting to someone I know from my time in London today on facebook. She new me at my skinniest. Ten years ago I was eating lots of rubbish food but managed to lose weight unlike most people who go to London who get what is known as the Heathrow Injection and stack on the weight. Not me. I left Australia at 75kg and the fittest I’ve ever been, having been rowing 4-5 days a week in surfboats and doing weights. I had a body fat percentage of 7%. At that stage I was dying to put on a bit of muscle.

While I was in London I dropped down to 67kg (photo far left). Sure I had abs and not a scrap of fat on my body, I have no desire to be that thin ever again and came back to Sydney and swore I wouldn’t be underweight again, and hit the gym. Up until about 2.5 years ago I was in pretty good shape. Did I know it at the time? No. Sure I fluctuated a little but was relatively consistent and got to about 82kg. I should have been happy, but I didn’t realise that I looked ok. That is about the time the middle photo was taken.

Now, when I moved in with my current (soon to be replaced) flatmate, we made a deal to take turns buying beer for the house and instead of going for a few weeks without a drink as I had done in the past, I have had a couple of years of drinking a beer or two most nights. That has improved lately, restricting myself to drinking on non-school nights. It will improve again when my flatmate moves out as I just won’t buy beer therefore eliminating the temptation. Now I’m struggling to keep weight off and am the squishiest I’ve ever been and I hate it. I want my waist back! Why do we not appreciate what we have when we have it? Or is hindsight a luxury to appreciate what is past? The photo on the right is me at Burning Man last year and I hate how I look in it.

This post is as much a motivator for me and the fitness challenge as anything, but I’m sure lots of you can relate.