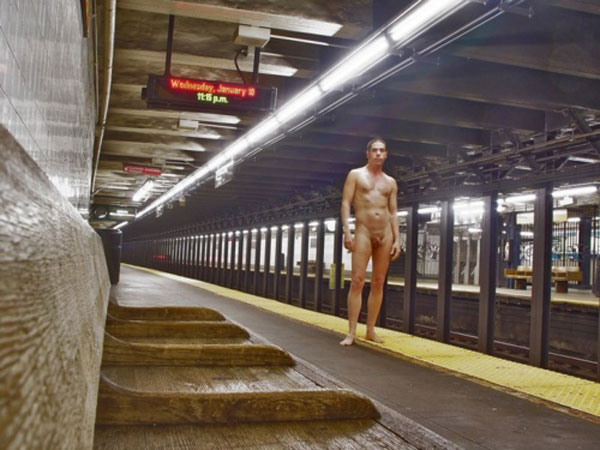 The initial success of this blog, in it’s previous incarnation over at blogger, was due to the Public Nudity Challenge that I held shortly after starting the blog. I thought that no one would even see the challenge, let alone take me up on it, but all of you exhibitionists out there grabbed the idea and ran with it, bare arse naked down the street. I had photos sent in on the subway in NYC, next to the Colosseum in Rome and dozens of other locations. Over time I tried to have the challenge again but it never took off the way it did before. Most of the hits came one day when Fleshbot linked to the post of my own entry (after lots of encouragement from readers) standing nude on the steps of the Sydney Opera House. It’s amazing how close I came to being caught, there were police just around the corner.

Now the internet is full of photos of guys getting nude in public and I always find it astonishing how brave people are. Some guys take it a touch too far for my liking, masturbating and getting right off on the fact that they are in public. I see no harm in people seeing someone nude but as soon as it becomes confronting and sexual like that, it’s gone too far. A friend sent me this photo a few weeks ago and I’m only just getting around to posting it. After seeing NYC for the first time last year I’m stunned at the bravery of this guy. I never saw a subway station that was this empty.

Am I starting an official reboot of the Public Nudity Challenge? Not really. This blog will always be a home for people daring enough to have their (non-sexual) photos taken in public places if people want to share them with us/me. Please note, I don’t take any responsibility or blame if you get busted.