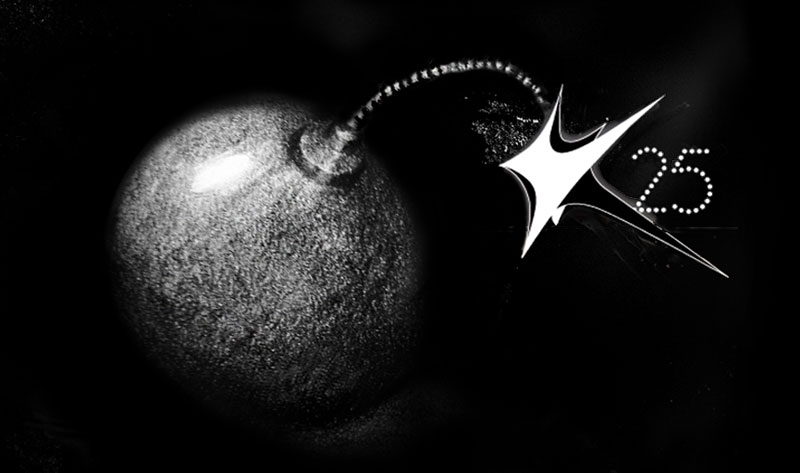 A few weeks ago some photos were released of Kylie filming a music video in the streets of Soho in London. Then yesterday a countdown with an illustration of a time bomb appeared on Kylie’s website with the K25 logo. Speculation is that the video she was shooting, called Time Bomb, will be premiered tomorrow when the countdown is done, at 4pm Sydney time (if my dodgy maths is correct). I personally can’t wait. I always get excited when Kylie releases new music.

According to one report that I read today, from the time that Kylie released the video for her acoustic version of Finer Feelings back in January, every month on the 25th (are we getting the 25 theme here, K25, her 25th anniversary) she had released a video. I don’t think I’ve seen them. I’ll have to go looking.

She’s also releasing a(nother) greatest hits package on 4th June which of course I will buy, because I buy everything she releases. This compilation of greatest hits was voted by her fans which is a great idea, but I’m really waiting with excitement for the album of acoustic and orchestral versions she recorded at Abbey Road.