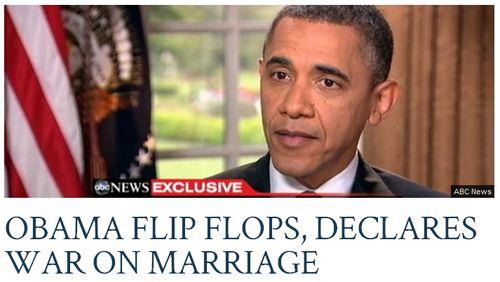 Now that President Obama has come out in support of Marriage Equality it’s important that we cover the etiquette involved in homosexuals being married, even though it’s not become law instantaneously.

When one is proposing marriage to one’s beloved, you only need to get down on ONE knee. I know “the gays” tend to favour both knees, but that should be saved for one he has said yes.

When you are planning your wedding it’s important to copy exactly all the rituals that make an “opposite sex” wedding so special. Mind numbingly boring speeches are a must, as is a drunken aunt or uncle trying to disrupt the proceedings. One of the happy couple must take over the role of Bridezilla, because we all know that there is a man and a woman role in every gay relationship.

Toasting your husband it is very important to say that he is your “rock” and he “completes you” and all the proper cliches otherwise your wedding will be null and void, which brings me to the next point. If one does not conduct a gay marriage properly, it will not be registered on the abomination registry and nor will it contribute to the destruction of the sanctity of marriage as we all know that every time a gay couple gets married a straight couple is forced, at gunpoint, to divorce. It’s in the rules.

Once you have settled in to domestic bliss, revelling in the fact that you have destroyed “traditional marriage” and you have thought about adopting a child or co parenting with some lovely heathen lesbians, you must first consider the ramifications. Your decision will force good christian parents to have a very very awkward 5 second conversation with their own children about why your child has two daddies. It’s impossible for a child to understand “because they love each other” and it will break their soul. You will also need to start training your child to the ways of the gay army. If they show any sign of being heterosexual, you must immediately force them to play with a homosexual appropriate gender based toy. You may be happy for little Johnny to be interested in girls but you will weaken the foundation of “heathen marriage”.

If you are comfortable with all of these obligations to destroy the beauty that is a marriage between a man and a woman, then you are free to marry.