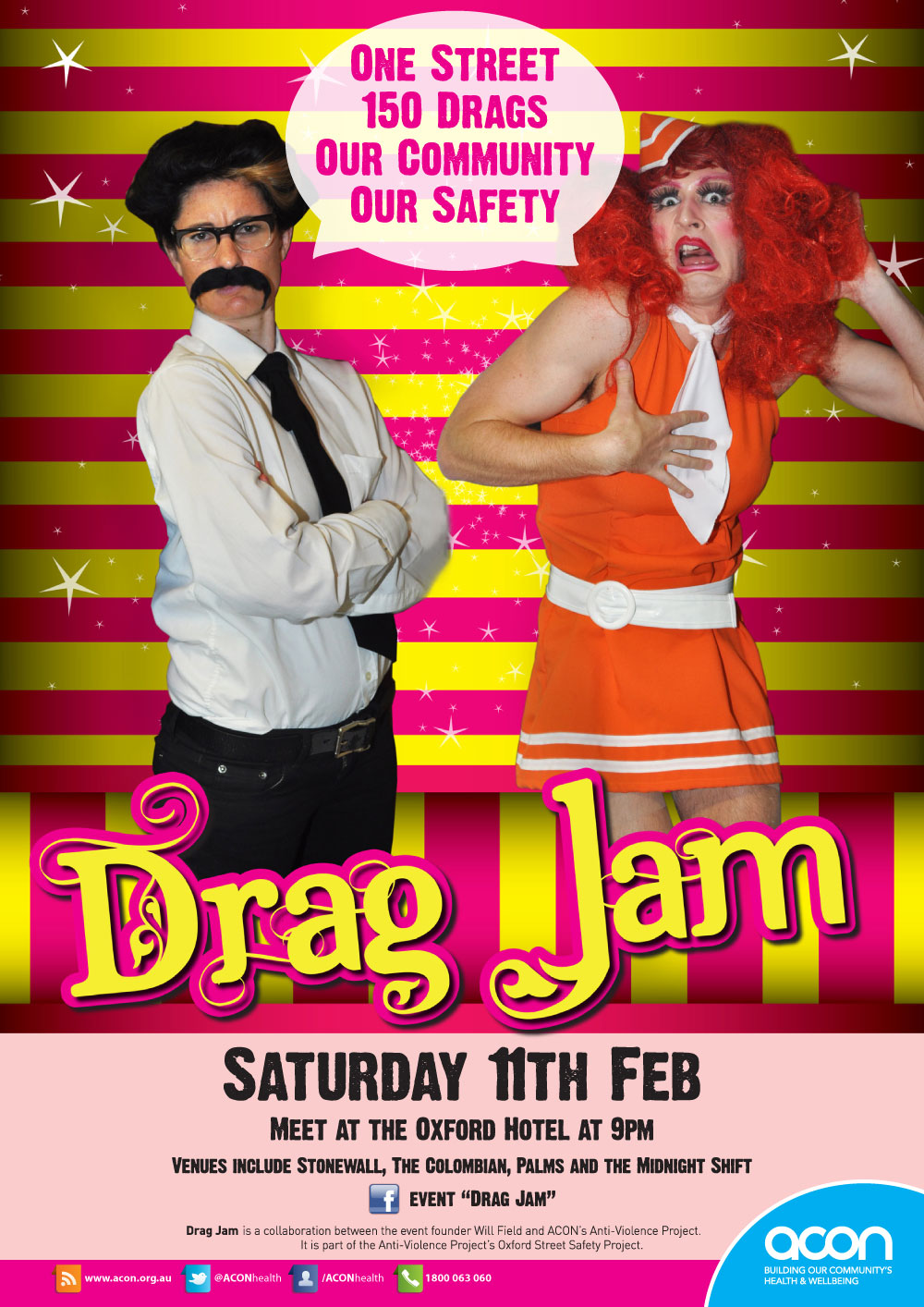 There’s no denying that Oxford Street’s hey day has been and gone, but there are a lot of dedicated members of the gay community here who want to keep it a safe and entertaining place to go for a night out with friends, without worrying about being harassed or hurt.

The Oxford Street Safety Project (OSSSP) is a collaboration between ACON’s Anti-Violence Project and Will Field, a 22 year old gay man who initiated the very successful, first Drag Tag event in Oxford St in April 2011. The even has been renamed Drag Jam and Will says “Drag has been the front face of our community for many years. You could say
that drag queens and kings are the mascots of our community. So what happens when you get 100 of these mascots and put them in one street? The potential is huge”

Drag Jam itself is a celebration of diverse sexuality and gender, which moves from venue to venue on Oxford Street, working with and supporting venues, police and community groups in promoting safety. Importantly it is an event which helps address prejudice, homophobia and transphobia, promote anti-violence messages and generate community commitment to street safety.

Will Field recognises drag as having an iconic influence for GLBT communities in Sydney and calls for as many people to come dressed in “their interpretation of drag” as possible. The 2011 event attracted nearly 100 kings and queens as well as many supporters. The event kicks off at 9pm at the Oxford Hotel and the launch is set to be bigger and bolder than last year’s event.